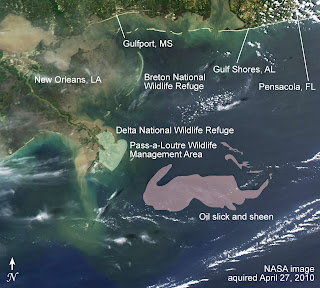 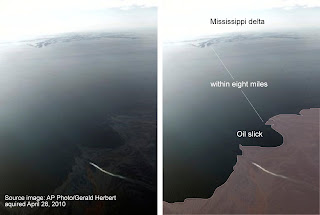 April 30 / This blog was edited to include the Pass-a-Loutre Wildlife Management Area. Thanks for the comment! -Steven
Posted by Steven J Lutz at 4:32 PM 1 comment: 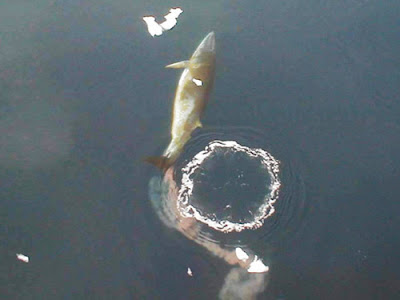 "Allowing the great whales to recover will allow the system to slowly reset itself," he says. And this will ultimately increase the amount of CO2 that the Southern Ocean can sequester.
David Raubenheimer, who researches marine nutritional ecology at Massey University in Auckland, New Zealand, says the findings are convincing and important. They highlight a specific ecological role for whales in the oceans "other than their charisma", he says.
Peter Gill, a whale ecologist at Deakin University in Warrnambool, Victoria, Australia, calls the research "exciting stuff".
"So many whales were moved from the ocean before we could understand the ocean ecology," says Gill. "It's exciting when we can reconstruct the past, and all these bits fall into place."
Journal reference: Fish and Fisheries, DOI: 10.1111/j.1467-2979.2010.00356.x
Posted by Steven J Lutz at 6:13 PM 1 comment: 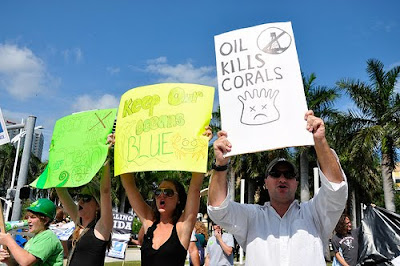 
We hope that Thursday’s protest will help the Obama Administration scrutinize the wisdom of opening oil drilling close to these valuable and fragile ecosystems.
More images of the event are available at:
http://www.flickr.com/photos/ynplaycity/sets/72157623871040318/
Posted by Steven J Lutz at 5:43 PM No comments: