Blue Carbon Nightmare in the Gulf of Mexico

BP has finally capped the leak, so they say. Great. Rumors abound in South Florida that sub-surface oil is currently passing by Miami in the Gulf Stream and that NOAA officials are downplaying the extent of environmental impacts, as to not further exacerbate economic impacts of tourists just staying away.
What is definitely known, is that this tragedy is still a ongoing nightmare for blue carbon ecosystems and associated biota in the Gulf of Mexico. I will let the pictures speak for themselves: 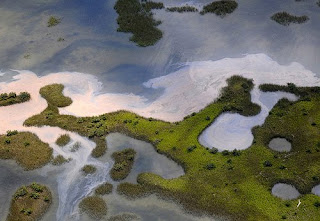 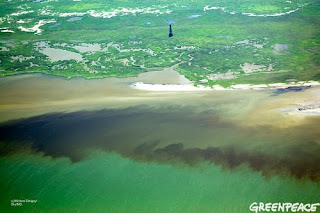 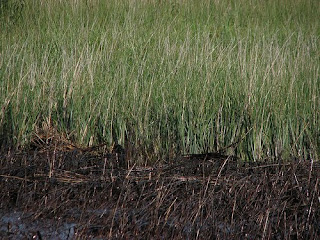 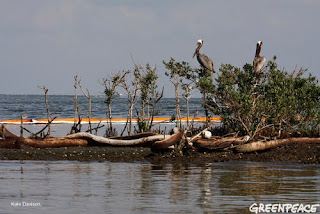 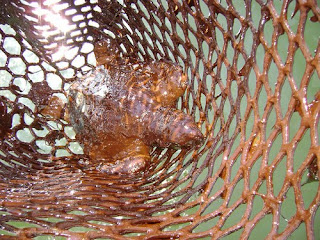 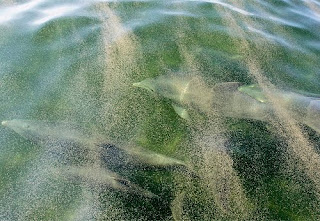 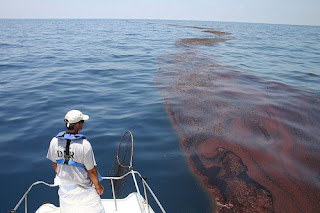 Oiled sargassum in the Gulf of Mexico (Georgia Department of Natural Resources).
Posted by Steven J Lutz at 8:20 AM