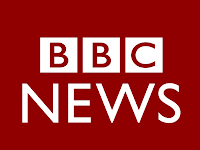 Protecting mangroves to lock carbon away in trees may be an economic way to curb climate change, research suggests. Carbon credit schemes already exist for rainforests; the new work suggests mangroves could be included too. But other researchers say the economics depend on the global carbon price. Presenting their results in Proceedings of the National Academy of Sciences (PNAS), the US-based team emphasises that protecting mangroves has important benefits for wildlife as well.


Dr Juha Siikamäki of the think tank Resources for the Future and his US colleagues have shown that protecting mangroves and thereby reducing the amount of CO2 released may be an affordable way for countries to mitigate their carbon emissions.

"We make the surprising finding that in most places, preserving mangroves is justified solely based on the avoided emissions, without any regard for the many other ecological and economic benefits mangroves are particularly well known for," Dr Siikamäki told BBC News.

The research, which used new high resolution surveys of global mangrove biomass, suggests that protecting these habitats could be a viable means for reducing emissions in comparison to other "carbon offset" methods.

"The bonus is that in doing so, we can preserve important habitats critical to coastal fisheries, rich in biodiversity, and home to hundreds of species of plants and animals, many of them endangered," co-author Professor James Sanchirico, from the University of California, Davis, said in a press statement.

But Freya Roberts, a researcher at fact-checking service The Carbon Brief, told BBC News that the price of carbon quoted - on which this research is based - might be out-dated.

"Since the research was conducted, carbon prices have dropped due to an over-supply of permits," she said.