Iron Fertilization Out, Blue Carbon In

Iron Fertilization Dead in the Water? Controversial Geoengineering Proposal Banned in US Climate Change Legislation
MIAMI, FL (May 27, 2010) -- Climate change legislation released by Senators John Kerry and Joseph Lieberman earlier this month delivered a major blow to ocean fertilization, a controversial geoengineering proposal.  Language in the American Power Act essentially bans iron and urea fertilization, the dumping of iron ferrites or urea to stimulate blooms of carbon-capturing plankton as a means to mitigate climate change.
Ocean fertilization has been considered by some entrepreneurs and scientists as a quick and easy fix for climate change.  In theory blooms of ‘fertilized’ algae would store atmospheric carbon, which then sink to depth.  Other scientists have argued that the concept offers a too simplistic of view of ocean dynamics and lacks scientific merit.  International ocean studies examining the fertilization effects of iron have produced results that fall far short of expectations.
Environmentalists have raised concern over potential impacts, including the triggering of toxic algal blooms which could kill fish and create oceanic dead zones, increased ocean acidification, poisoning of marine mammals, and release of greenhouse gasses.
Blue carbon supported - The Act supports measures to enhance the ocean’s natural carbon function, a concept that has been termed ‘blue carbon’ by the environmental community.  The restoration and conservation of certain coastal and marine ecosystems, which capture and store atmospheric carbon, are included in the Act’s list of eligible climate mitigation projects.
Recent reports produced by the United Nations Environment Programme and International Union for Conservation of Nature found that, when healthy, mangrove forests, saltwater marshlands and seagrass meadows are extremely effective at storing atmospheric carbon, thereby mitigating climate change.  The reports are titled ‘Blue Carbon’ and ‘The Management of Natural Coastal Carbon Sinks,’ respectfully.
“The Senators should be commended for their strong environmental and climate change leadership, and for demonstrating the precautionary principal with regard to potentially dangerous ocean fertilization,” said Steven Lutz, Executive Director of Blue Climate Solutions, a marine conservation organization that supports blue carbon policies.  “Environmental impacts associated with ocean fertilization schemes could dwarf the current Gulf oil spill disaster." 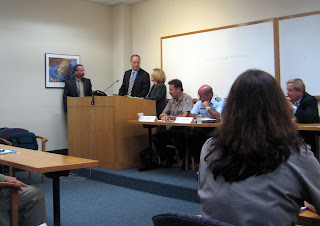 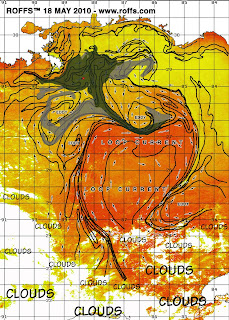 Miami, FL / /  Marine conservation was advanced as part of the solution to climate change in legislation introduced yesterday by Senators Kerry and Lieberman.
The American Power Act is focused on reducing greenhouse gas emissions, mitigating climate change and making the transition to a clean energy economy.  It includes support for projects that offset or mitigate carbon emissions.
The legislation advances marine conservation by including the restoration and conservation of certain coastal and marine ecosystems, which capture and store atmospheric carbon, in the list of eligible mitigation projects.
Recent reports produced by the United Nations Environment Programme (UNEP) and International Union for Conservation of Nature (IUCN) found that, when healthy, mangrove forests, saltwater marshlands and seagrass meadows are extremely effective at storing atmospheric carbon, thereby mitigating climate change.  The reports are titled ‘Blue Carbon’ and ‘The Management of Natural Coastal Carbon Sinks,’ respectfully.
In specific, language included in the Act under the Eligible Projects (for offsets) section includes "projects to restore or prevent the conversion, loss, or degradation of vegetated marine coastal habitats,” and “management and restoration of peatland or wetland.”  This language can be seen as an important first step in potential carbon offsets for what many groups have termed ‘blue carbon.’  It also potentially increases the value and utility, and appreciation for, marine conservation around the world.
The American Power Act is available at:
http://kerry.senate.gov/americanpoweract/intro.cfm
[click Read the Bill, see pages. 387 (line 16) and 388 (line 1)]
Senators Kerry and Lieberman's endorsement of ‘blue carbon’ brings the number of Senators to eleven that formally recognize the role that healthy coastal and marine ecosystems can play as part of the solution to climate change.
Earlier this year, the Blue Climate Coalition thanked nine senators who included similar language in the Clean Energy Partnerships Act, see:
http://www.prnewswire.com/news-releases/nine-us-senators-endorse-marine-conservation-solutions-to-climate-change-85920332.html
Essentially, ‘blue carbon’ is eminently politically viable. 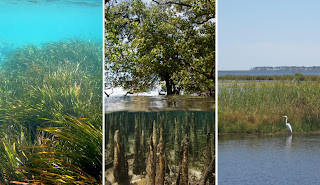 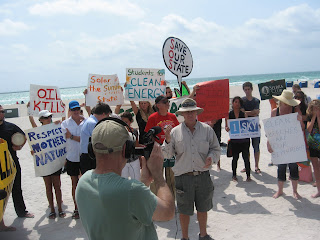 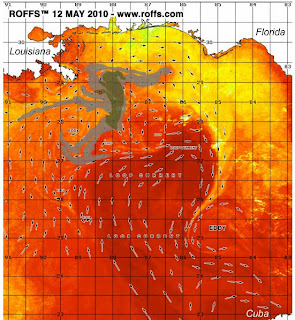 The threat: gulf oil spill to poised enter the Loop Current on May 12, 2010. From Roffer's Ocean Fishing Forecasting Service, Inc., see: http://www.roffs.com/deepwaterhorizon.html.
Posted by Steven J Lutz at 10:38 AM 1 comment:

May is American Wetlands Month


As NOAA joins the U.S. Environmental Protection Agency (EPA) to celebrate the 20th anniversary of American Wetlands Month this May, scientists are shedding new light on the pivotal role that our coastal wetlands play in reducing greenhouse gases in the atmosphere.

Traditionally, tropical rainforests have been credited in the fight against the relentless buildup of greenhouse gases, acting as natural carbon “sinks” or repositories for excess carbon dioxide. All along, the real carbon sinking superheroes are the world’s wetlands.
Coastal wetlands — seagrass beds, mangrove forests and marshes — cover less than 1 percent of the total marine area on the planet, but they capture up to 70 percent of carbon permanently stored in the marine environment. However, human activities are damaging or destroying these areas just when we need them most.


Colors of the Carbon Rainbow

“Black” and “brown” carbon are the terms used, respectively, for soot and greenhouse gases produced by fossil fuel emissions and when carbon-containing materials such as garbage and manure break down. “Green” carbon refers to the greenhouse gases trapped and stored by the world’s forests and grasslands.
Color-coding carbon doesn’t stop there. In 2009, the United Nations Environmental Programme introduced the concept of “blue carbon,” referring to the portion of carbon trapped and stored in marine environments such as open sea, coral reefs, sea grass beds, coastal mangroves, estuaries and salt marshes.
Wetlands are effective at storing carbon dioxide because of their near-constant water cover that prevents oxygen from entering the muddy soil and slows bacterial decomposition — a process that releases a lot of carbon dioxide.

Mangroves, marshes and seagrasses capture and store most of the carbon buried in marine sediments — known as blue carbon sinks. Blue (i.e., marine) carbon sinks also beat rainforests in staying power. Carbon that finds its way to the sea floor will stay there for thousands of years, compared to just a few decades in rainforests. However, human activity is degrading these ecosystems — they are disappearing at a rate five to 10 times faster than rainforests.


Conservation for Today and Tomorrow

Our coastal wetlands serve as water purifiers, coastal defenders against storms and nurseries for birds and marine life. To help preserve and restore these wetlands, NOAA’s Coastal Services Center provides information, services, and technology to the nation's coastal resource managers in the public and private sectors.
Based on extensive scientific and management expertise, NOAA provides recommendations on ways to avoid, minimize and mitigate the adverse effects of a project, such as construction that may encroach on a wetland area. NOAA also continues to research the importance of wetlands to fish, the success of coastal wetland restoration efforts, and the effects of development on coastal wetlands.
“We are always most conscious of what’s happening in our own back yards, so people living on the coasts are usually the ones most concerned about coastal wetlands,” says Susan-Marie Stedman, NOAA Fisheries’ wetland scientist. “Yet today’s science tells us that people far inland — and even on other continents — are affected by what is happening to our coastal wetlands. It’s more important than ever that we work as hard as we can to conserve them for today and for future generations.”

Keeping Watch for Our Wetlands: NOAA and the BP Oil Spill

Although great strides have been made in better managing and observing America’s oceans, coastlines, and Great Lakes over the past two decades, the challenges to protect the marine environment from oil spills are, in some ways, more complex and challenging than ever before.
As the nation’s leading scientific resource for oil spills, NOAA has been on the scene of the BP oil spill from the start, providing coordinated scientific weather and biological response services on scene and remotely to federal, state and local organizations.
NOAA experts are predicting where the oil is spreading and how weather and sea conditions will affect the oil and cleanup efforts. NOAA also is advising the U.S. Coast Guard on cleanup options, as well as monitoring and assessing damage to sensitive marine resources, including our coastal wetlands.


Wetlands Are Critical to Our Way of Life

This American Wetlands Month, let’s celebrate and appreciate the coastal wetlands that give us protective buffers from storms, cleaner air to breathe and fresh seafood to enjoy.
NOAA, EPA and a host of public and private partners have planned a wide array of events across the nation in May to celebrate and teach us about coastal wetlands.