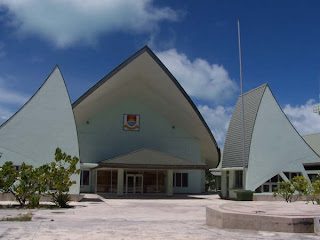 29 March 2011: Over 37,000 mangrove seedlings have recently been planted on the islands of Aranuka, Butaritari, Maiana, Makin and in North and South Tarawa, Kiribati, as part of a project supported by the World Bank, the Global Environment Facility (GEF), AusAID and the New Zealand Aid Programme with the aim of reducing Kiribati’s vulnerability to climate change, climate variability and sea level rise.Mangroves, although considered a ‘soft’ option when compared to seawalls, can be one of the most effective forms of coastal protection that also provide a range of other benefits. Mangroves provide ecosystems to other marine species and also act as buffers to storm surges and sea sprays. Aware of the importance of healthy coastal ecosystems, the Government of Kiribati has been promoting mangrove planting in support of national aims outlined in the 2008-2011 Kiribati Development Plan (KDP) and the 2006-2010 Kiribati National Biodiversity Strategy Action Plan (NBSAP). To raise awareness on the importance of mangroves in Kiribati, the President of Kiribati recently planted mangroves alongside local youths in South Tarawa.
Posted by Steven J Lutz at 6:42 AM