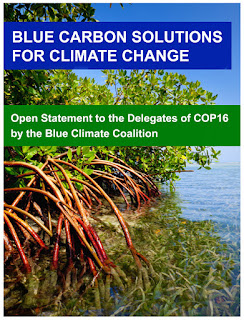 In Cancun, everyone’s talking about Blue Carbon
http://www.climateshifts.org/?p=6140
Call for inclusion of Blue Carbon @COP16
http://bluecarbonportal.org/?p=403
Posted by Steven J Lutz at 11:56 AM