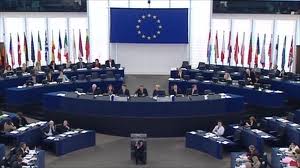 WE have long known the importance of our forests and peat bogs in capturing and storing CO2.

These “green carbon” systems are the world’s natural carbon capture and storage system and a crucial factor in climate change mitigation, with forests annually absorbing around 15 per cent of global CO2 emissions from transport and factories.

Less well known, but no less crucial, is the role played by our “blue carbon” marine ecosystems. Every day, we add about 22 million metric tonnes of CO2 to our oceans, meaning blue carbon sinks sequester around 55 per cent of the biological carbon captured in the world. As global CO2 emissions increase, particularly among emerging economies, impacting weather patterns and affecting food production and livelihoods, blue carbon capture is a resource that we cannot afford to squander.

An international conference kicks off in Brussels this week looking at how we can put in place the building blocks for a thriving global blue carbon system. It will look at practical ways in which we can reduce the rate of marine and coastal ecosystem degradation. That means carbon credits for CO2 sequestered in blue carbon sinks must be traded, just as they are with green carbon, while a global blue carbon fund to pay for the protection and enhancement of remaining marine ecosystems must be established.

Energy efficiency in marine transport, including fisheries, aquaculture and maritime tourism sectors is also significant. And we need to encourage environmentally sound, ocean-based energy production, exploiting natural materials like algae and seaweed. Industrial schemes to cover coastal areas and ocean floors with wave, tidal and offshore wind farms, must be subject to rigorous impact assessments, to ensure that they do not further damage blue carbon ecosystems.

Blue carbon lies at the very heart of the global warming debate. Over the past 70 years we have lost around 20 per cent of the habitats that play this vital role in CO2 reduction. That trend has to be reversed. Our survival depends on it.

Posted by Sven Stadtmann at 9:00 AM